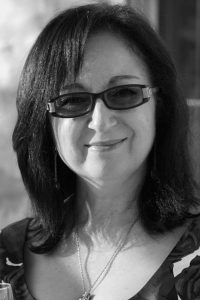 Svetlana Eganian was trained at the Moscow Tchaikovsky Conservatory with prestigious professors such as Bella Davidovitch (Grand Prize at the F.Chopin Competition in Warsaw in 1949) and Zinaida Ignatieva, a disciple of the legendary Samuel Feinberg, a contemporary and a friend of A. Scriabin. She won the first four prizes and the qualification of soloist-concertist, chamber musician, pedagogue and accompanist-partner of the opera singers, with praise from the jury composed of eminent members of the Russian school: Tatiana Nicolaeva, Dimitri Bachkirov, Evgeny Malinin, Vera Gornostaieva, Victor Merjanov, Lev Naoumov, Lev Vlassenko and Serguei Dorenski President of the jury: Prof. U. Karnavitchous, Director of the Vilnius Conservatory.  She also worked with illustrious professors such as: Avetis Ter Gabrielian (Founder and 1st violin of the State quartet “Komitas”) and Alexandre Melnikov (violinist) in chamber music, Elena Prokhorova (disciple of Henrich Neuhaus), accompanied by opera singers and Alexandre Nicolaiev in pedagogy and practical teaching, the author of the famous “Russian School of Piano” known throughout the world, translated into English and edited by Boosey and Hawkes.

She settled in France and since spring 1981 teaches at the National Superior Music and Dance Conservatory of Lyon (CNSMD). In 2001 the success of the professional examination in the Ministry of Culture gives her tenure as Professor of the National Schools Superior of Art.  In the early 1990s, she founded an International Academy of Summer Piano (Academy “Appassionata”), for the development of young pianists. Passionate about music and the discovery of talent, she devotes a lot of her time to young pianists from around the world and gives masterclasses and concerts for the benefit of various institutions. Svetlana Eganian was solicited for several years by the “Alizés Music Academy” in Rabat, Morocco, where she was the artistic director.

She also conducts educational and artistic activities in Guadeloupe, Marie-Galante and Martinique where she is invited for recitals, master classes, television programs and radio.      She also gives masterclasses in Belgium, Russia, Lithuania and Italy. President and Artistic Director of the Grand International Piano Competition created in 1986 and the International Piano Competition of Lyon created in 2009, she continues in parallel her career as a concertist and gives numerous concerts in France and abroad with her faithful partners such as Mark Drobinsky (cello), disciple of Mstislav Rostropovich, Georges Wanis (Italian-Egyptian tenor), Yolande Kouznetsov (4-hand piano duo and two pianos), François Durand (viola).

She performed under the baton of Maestros such as the late Jean-Luc Balthazar (Belgium), Edward Ambartsumyan (Russia) and Christian Fitzner (Germany).  The festival, Le Printemps musical des Alizés in Essaouira (Morocco), has also allowed her  to collaborate with other renowned artists such as violinist Dong-Suk Kang, violist Hartmut Rohde, double bassist Michael Wolf, cellists Frans Helmerson, Philippe Muller and Young Chang Cho.   Always anxious to create an emulation between young talented pianists, it was in 2009 that she created the International Piano Competition in Lyon and The Musical Salon “Appassionata” in Corbelin in Dauphiné where she presented the winners of the various International Competitions to the public.

The competitions are also an opportunity to bring outstanding internationally renowned pianists and conductors to the jury, providing enriching experiences for all. Svetlana Eganian is invited as a member or president of the jury in international competitions in Belgium, Lithuania, Italy, Spain, Germany, Russia and soon in China and the USA. In July 2018 will be held the first edition of the International Music Competition in Paris, a new competition created by Svetlana Eganian for young musicians.

Her various recordings (Chopin, Liszt, Grieg, Scriabine) have been praised by the press: Four stars in the “World of Music” and a Diapason d’or):  “… her impeccable virtuosity, her impressive technique, combined with a clear vision and a great sensitivity, allow her to go deep into the soul of the works …”    ” Epic when it is necessary, always lyrical, she knows how to maintain the mystery (…) ”  ” The clarity of the plans, the freshness and vitality of the interpretation and the subtlety of the touch deserve to be listened to (…) ” Michel Le Naour – The World of Music  and after a recital devoted to A.Scriabine: (recorded CD of the concert in 2000): “… the virtuoso has highlighted an unusual technique, made of fluidity and transparency. Its major quality, purity of exceptional style, allows the summits too little known like the eighth sonata, to reach a power of seduction capable of reaching the least initiated audiences … “Philippe Andriot – Le Tout Lyon  Discography:  CD Grieg, Chopin, Liszt (recorded in 1991) CD A.Scriabine (recorded in 2000) CD “Amore” recorded with Georges Wanis (September 2009) CD Works for piano with 4 hands – Svetlana Eganian & Yolande Kouznetsov (Registered March 6, 2014 at the “Appassionata” fair in Corbelin.