The music academy Musical offers a number of free activities open to all students in addition to the main courses, including:

The word « Yoga » means union, between body and mind, for example. Practicing Yoga then, implies re-uniting, harmonizing the various facets of our life.

Made popular thanks to the violonist Yehudi Menuhin, its benefits are manifold. Becoming more aware of one’s posture and re-connecting to one’s body always leads to a greater comfort of play and also prevents many of the ills common to musicians.

The practice is based on :
– 1. dynamic movements and static postures
– 2. Breathing techniques
– 3. Meditations/visualisations
– 4. Advices regarding health

1. & 2. the functionning of all the systems is enhanced and deeply regenerated (cardio-vascular, nervous, endocrine, respiratory, digestive, immune…)

Breath is the essential link between mind and body. Its quality impacts considerably the life of the music player, his professional, as well as his personnal: learning to breathe properly accelerates one’s capacities for learning and focus through the ideal oxygenation of the brain and other body parts.

3. Meditation allows the brain to regenerate in a short period of time, allowing an optimal health and efficiency of the brain.

Yoga considers that each act impacts the human being and his or her level of well-being as a whole. That is why we also emphasize on our relationship to food, sleep, our subconscious, other people… 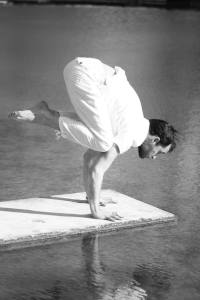 Being exposed to Yoga from a young age, through his own family, naturally led Sinclair to embrace this art of living.

A passionate and caring teacher, he regularly trains in India. At the institute Kaivalyadhama, as well as with internationally acclaimed masters such as Simon Borg-Olivier, Paul Dallaghan or Gregor Mahele.

Willing to integrate science and spirituality, he never stops seeking betterment, both in the technical aspects (posture, breath, diet) and the subtler aspects (philosophy, meditation, introspection).

Based in Geneva, he accompanies his students with humor and rigor, sharing tailored tools and keys for lifelong effectiveness.

Teaching Yoga is a vocation to him, synonymous with helping people blossom and enjoy life more fully.

– As a single option, the student can participate in 5 group classes as well as a 15-minute private class.

– As a reinforced option, he/she can access all group classes as well as a private class of 1h30 (or 2 classes of 45 minutes).

After Musicalta, the student will have the capacity to carry on practicing yoga by him/herself (and even share it safely with his family and friends!) or take classes with a good personnal experience.

Coaching is for anyone who expresses the need to be accompanied to achieve a goal.

Coaching reflects your resources. It aims to make you an actor of your project by enriching your knowledge and your performances.
It is your skills, your strengths and your experiences that will enable you to move forward and project yourself. It is also the knowledge of your bottlenecks that will allow you to better get around them and avoid them to follow your path.
Coaching takes place in several individual sessions.

☛ You are looking for a support?
A coach does not give advice, he listens and accompanies by asking appropriate questions that allow you to situate yourself to move forward positively.

You want to work on the present – future axis?
The coach is not a psychotherapist and does not go back to the past even if he has to take it into account.
It is after having made a state of the present situation with the coachee that the coach will bring him to project himself in the future.

☛ You want to know yourself better?
It is your values, your limits, your needs and your beliefs that will guide you towards your goal.

☛ You are looking for a measurable result?
During the different sessions, I will follow precise steps in a structured approach that will lead to a detailed action plan for your project with measurable results. 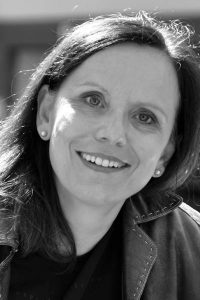 Florence Lab is a certified coach specialized in accompaniment of the musician, she has a great expertise in music professions.

Concert harpsichordist and professor in various conservatories for more than 10 years, then co-founder and manager of Musicalta (Festival, Academy, Grandes Scènes, Lyon Printemps Musical) since 1994, she now puts her different experiences and coaching skills at the service of accompanying musicians.

Florence Lab makes positive thinking her main line of work to accompany each of her coachees in a unique way in the management of stress and stage fright as well as in the conduct of the professional project.

After studying harpsichord at the National Conservatory – CRR in Strasbourg, Florence Lab continued her studies at the Athens Conservatory – Greece, at the CNSMD in Lyon with Huguette Dreyfus and at the Sweelinck Conservatory in Amsterdam – Netherlands, with Gustav Leonhardt.

Between 1989 and 1995, she taught harpsichord, continuo and chamber music at the Lyon CRR, Grenoble CRR and Villeurbanne CRD.

In 1994, Florence Lab founded Musicalta with Francis Duroy. In 1998, she obtained a Master degree in “Cultural Development and Administration: Project Management” at the University of Lyon 2.

Florence Lab has been an RNCP Level I certified professional coach since 2017.

The Frederick Matthias Alexander Technique is a method which allows the redeployment of the muscular system by avoiding the useless tensions. It helps the body by helping to stop with bad conscious or unconscious postures. It allows to develop a better ” use of oneself ” respectful of the body.

The FM Alexander technique aims for adopting good postural habits through 5 procedures. These procedures will help the student to release muscular tension, to play without hindrance and with lightness, thus giving him more speed and fluidity.

The F.M. Alexander technique will be taught by Claire Brunaud during sessions 1 and 2. 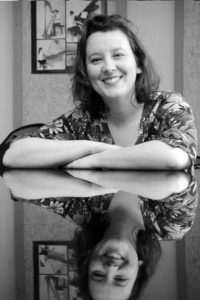 Piano teacher, holder of a Master’s degree in Music and Musicology from Paris-IV Sorbonne University with the speciality Music and Arts-Plastique, Claire Brunaud is also holder of a diploma delivered by the Training center of Technique Alexander ( CFTA) of Paris.
Since then, she is training musicians, dancers and comedians. She is also teaching music music theory and musical awakening in a dynamic and physical prospect. De plus, elle se perfectionne en direction de chœur auprès de différents chefs.
Claire Brunaud is also involved in another artistic domain through the painting and through the illustration.

Qi Gong is a soft anti-stress gymnastics which allows to soften the body and to reinforce the functions of the body.

The classes will focus on the development of the body and breathing in order to find inner calm and relaxation. 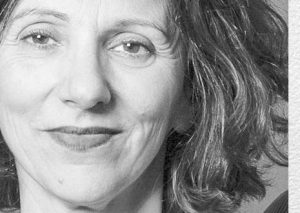 The improvisation and creation workshop for all levels and all instruments, in groups of about 10 to 15 people.

A discovery phase followed by regular work every day with a view to a 10 to 15 minute performance at the end of the session.

The PEP® method (Process- and Embodiment-focused Psychology) according to Michael Bohne, is an effective and simple technique to reduce anxiety and stress. The short and focused interventions allow you to feel more comfortable in exam situations, to work on your instrument in the best conditions and to succeed in performing at your best level.

PEP® helps to detect unconscious blocks and negative thoughts that can be the source of stress and stage fright and to overcome them. It improves one’s relationship with oneself and with others and provides protection against burnout and secondary traumas.

The basic method – a particular sequence of tapping – can easily be learned in a group. For learning, it is enough to imagine the particular moment of unpleasant and stressful feeling and to tap at the same time. Learning this technique provides emotional support in any stressful situation, either in the workplace or in everyday situations.

PEP® private coaching allows you to work on personal themes, to become aware of negative thoughts and to replace them with “positive immunization phrases”. Complemented with mental training techniques, a PEP® coaching session can trigger a process of transformation and personal development by giving access to the positive resources of the unconscious and the power of the imagination. 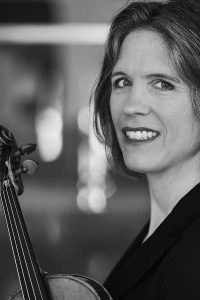 Felicia Terpitz, a violin soloist, winner of several international competitions, concertmaster in an orchestra, and violin teacher for 20 years, began her certified “Mental Training” during the summer of 2020 lockdown. As a mother of three children, she sees the increased suffering of young people in the face of a distant school system reduced to individual learning on the computer. Finding herself at the point of not being able to learn new pieces on the violin, Felicia Terpitz decides to search for the “What, How, Why…” of our thoughts.

This research led him to realize with greater awareness the importance of the body for psychic well-being. Between June and October 2021 she attended the PEP® training course at Michael Bohne and trained in this method with which she has been working ever since with great success, especially with musicians.

Felicia Terpitz, specializes in the development of sound and self-expression in connection with self-acceptance complemented by body exercises and mental techniques.

Relaxing head-shoulder-back-foot massage (clothed): treat yourself to a moment of deep relaxation to release muscular tension in the hands of a professional and caring therapist.

you want to register?