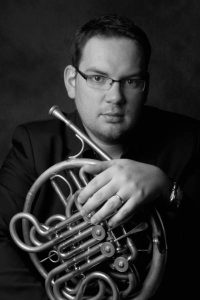 Joffrey Quartier began playing music at the age of 8 with the piano before discovering the horn in Jean-Noël Melleret’s class at the Tourcoing National conservatory. After an improvement prize at the Conservatoire de Gennevilliers in the class of Patrice Petitdidier in 2008, he was admitted in Paris Superior Conservatory – CNMD Conservatoire National Supérieur de Musique in the class of André Cazalet and Jérôme Rouillard.

Since 2021 he has been a professor at the Musicalta academy.