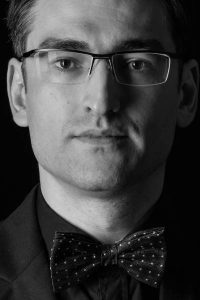 Born in 1979 in Craiova – Romania in a family of musicians, he started learning the violin at five and discovered soon the passion for the piano; he began studying with Cristina Stanescu and continued with Marica Bodo in Timisoara.
With ten years he gave his first recital and won the “Jeunesses Musicales” prize. One year later he had his artistic debut with the Timisoara Philharmonic Orchestra playing a Mozart concerto.
In 1992 he started studying in Florence – Italy with Christa Bützberger.