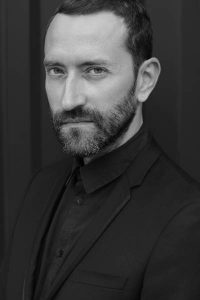 A real piano explorer, Stéphanos Thomopoulos performs with ease a repertoire of canonical composers such as Liszt, Debussy, Rachmaninoff and Scriabin, but frequently ventures out to innovative projects, contemporary music, academic research, theatre, fine arts and pedagogic projects. He is interested in every aspect of the arts that can be creatively combined with piano performance.

After studying in the National Conservatory of Thessalonica in Greece and the Musikhochschule of Cologne in Germany, in the class of Arbo Valdma, Stephanos worked with Jacques Rouvier and Marie Françoise Bucquet in the Conservatoire National Supérieur de Musique in Paris and with Hakon Austbo in the Conservatorium of Amsterdam. He has also been tutored by Aldo Ciccolini, Dimitri Bashkirov, John O’Conor, as well as Leon Fleischer.

Stephanos has performed in Europe, China, United States, Japan, Brazil, Turkey, Egypt, Ukraine and in prestigious venues, including the Cité de la Musique, l’Ircam, the Salle Gaveau, the Louvre and Orsay Museums in Paris, the Concertgebouw in Amsterdam, the Garnier Opera in Monaco, the Alti Hall in Kyoto, as well as the Athens Music Megaron, the ancient theatre of Epidaurus, and the Cecilia Mireiles Hall in Rio de Janeiro. In July 2015 he is invited for his first tour in China, with recitals and master classes in several cities. He is regularly invited to play with all major Greek orchestras, as well as the national orchestras of Belgrade, Odessa, Cyprus, the Netherlands Chamber Orchestra and the Cairo Opera House Orchestra.

He has played in international festivals, such as the Printemps des arts de Monaco, the New Masters on tour series in Amsterdam, Piano à Auxerres, the Hellenic Festival, Les Dominicains de Haute Alsace, the Dimitria Festival in Thessaloniki, the Georges Bizet Festival in Bougival, the Santander Music Encounters, Nohant Chopin Festival and the Manca Festival.
Among his favourite chamber music partners are the Arditti Quartet, Patrice Fontanarosa, Shani Diluka and Loïc Schneider. He also plays with the ensembles Kyklos and Bloom.

He has recorded works by Alexander Scriabin for the Mécénat Musical de la Société Générale, Manos Hadjidakis for the Italian foundation CIMA and Armando Ghidoni for the label Chant de Linos. The live recital recording «An evening in Leipzig» has been released in 2012 in the collection «Mediencampus». His CD of the complete piano work of Iannis Xenakis appeared with Timpani Records on March 2015.

His taste for experimental projects and his curiosity for different forms of artistic expression have brought him to contribute musically to Heinrich von Kleist’s La Marquise d’Ô, directed by Lukas Hemleb and produced by the Théâtre Gérard Philippe and the Maison de la Culture d’Amiens, or to create with Tal Isaac Hadad the performance «Le piano et le salon de musique», in the FIAC of October 2011. In February 2010, he also participated in the adaptation by Hervé Lacombe of the Arlesienne into a theatrical tale in the Musée d’Orsay.

Stéphanos is the first pianist in France to have completed a Doctorate in performance at the Paris Conservatoire. The title of his thesis was Performance Issues regarding the xenakian piano : from concept to instrumental language. His doctoral work has brought him to participate in concerts and conferences about Xenakis in New York, Montreal, Paris, London, Belgrade, Leipzig, Athens, Monaco, as well as to publish an article in the volume Performing Xenakis, next to personalities such as Milan Kundera, Michel Tabachnik and Irvine Arditti (Pendragon Press 2010).

In 2010, Stéphanos was appointed professor and head of the piano department at the Conservatoire National de Nice. He is invited to give masterclasses in Monaco, Musicalta in France, Music Village in Greece and the Boya International Piano Competition in China.