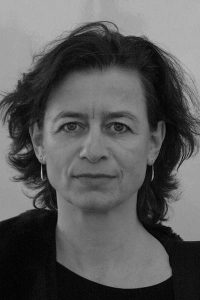 Yvi Jänicke studied singing with Helmut Kretschmar in Detmold after completing her school music and piano studies. After winning awards at international competitions including a first prize in song at the renowned singing competition in śHertogenbosch (Netherlands) – followed first engagements at the opera houses in Krefeld / Mönchengladbach (where she sang, inter alia, Dorabella) and Bern (including Carmen, Orlofsky, Maddalena, Geschwitz). In 1994, she became a member of the Hamburg State Opera’s soloist ensemble, where she performed over 40 different roles, including many trousers roles such as Sesto (Titus), Cherubino, Hänsel and Muse / Nicklausse, but of course many women’s roles such as Rosina, Suzuki, Maddalena, Fenena, Mrs. Quickly, Emila, Olga, Polina, Flosshilde, Cornelia (Giulio Cesare).

In addition to her work as an opera soloist, the mezzo – soprano devotes herself intensively to song and oratorio singing; Her concert career took her all over Europe, the USA, Canada, Singapore and several times to Japan, to international festivals such as the Lucerne Festival, the Schubertiade Feldkirch, the Bergen Festival, the Prague Spring, the Lincoln Center Festival New York and Schleswig-Holstein Festival. She made recordings for most German radio stations and produced numerous CDs, alone five solo CDs with rarely heard songs by Georges Bizet, Robert Volkmann, Carl Loewe, Julius Weismann and Ermanno Wolf Ferrari, but also Gustav Mahler’s “Song of the Earth” (Direction Dietrich Fischer-Dieskau), Hans Pfitzner’s: “The Flowers Revenge”, J.S. Bach’s St. John Passion and other oratorical works.

In 2008, she was appointed professor for the main subject singing at the “Hochschule für Musik und Theater” in Hamburg and she is happy to train young singers.