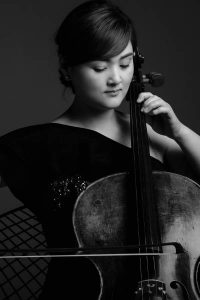 Cellist Yun cheong Boo graduated from Seoul Arts High school and graduated from Korean National University of Arts and Music, and then also graduated from Eastman School of Music in a year and a half.
She was recognized for her musical talents such as Jeju KBS Competition Grand Prize, Monthly Music Competition Gold Prize, Seoul Young Youth Chamber Music Competition…
She participated in the Tongyeong International Contemporary Music Festival and won the prize as the Ensemble Be Cello Chief. And she was invited to the Omsk International Festival this year and co-hosted with the Omsk Philharmonic.

Yun cheong Boo is now an adjunct professor at Seoul Catholic University. She is also teaching at Ye Won, at Seoul Preacher, and at Sunhwa College.