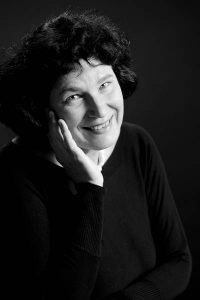 Zuzana Niederdorfer received her master´s degree in piano performance from the Academy of Music and Dramatic Arts in Bratislava.
She was one of the awarded winners at several national and international competitions, including the Robert Schumann competition in Zwickau (DE), Paloma O’Shea in Santander (ES), Virtuosi per musica di pianoforte (CZ) the Fryderyk Chopin competition in Mariánske Lázňe (CZ), Incontro Internazionale Giovani Pianisti Citta di Senigallia (IT). At the national competitions she was awarded the first prize in solo,- and chamber music too.
During her pianistic career she could acquire knowledges by Viktor Nosov, Ida Černecká (student of V.Gornostaeva), M. Lapšanský. She was inspired at the masterclasses in the class of professors K. Zemplenyi, L. Berman,V. Gornostaeva, G.Sebök.
In 1993, she earned her doctor degree from the Academy of Music and Dramatic Arts.

Zuzana Niederdorfer has performed solo recitals and collaborated with orchestras (among others.Moscow Symphonic Orch.) and chamber groups throughout Europe, China, and the United States. She made six CDs and recordings for BBC London and Czecho-Slovak radio and television d Dramatic Arts in Bratislava and at the Academy of Arts in Banska Bystrica in Slovakia (where in the past she worked as a head of department and vice dean).