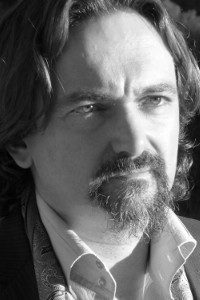 After his prizes of piano, chamber music and accompaniment at Paris Conservatoire, Sebastien Driant enters the Opera studio of Paris Opera. For three years, he participates in productions as a singing coach. He works with famous conductors and singers.

Sebastien Driant collaborates then with several opera houses (Avignon, Chatelet in Paris, Bordeaux, Antwerp, etc.) and he is for five years the singing coach of the Choregies d’Orange.

In 2001, Nice Opera recruits him as a singing coach. Concerned about passing on his passion, he is appointed in 2002 by Lyon Conservatory to teach his job.

In 2007, Nice Conservatory appoints Sébastien as a music theory and accompaniment teacher.

Also passionate by conducting, he is appointed in May 2015 conductor of the Nice Harmony Orchestra.

n April 2016, Sébastien Driant is invited by Shanghai Opera for Carmen, and in July, in Italy at Verona opera festival.