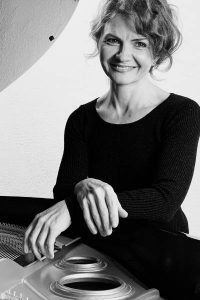 She gave her first public concert at the age of 8 and at the age of 11 she won first prize at the international Yamaha piano competition in Stresa (Italy). Further prizes during school and apprenticeship as well as radio and television recordings followed.

Raluca Chifane-Wagenhäuser has a brilliant technique and an outstanding, essential understanding of sound art and its transcendence. Critics compare their playing with Dinu Lipatti’s.

In her 40 years of concert activity, the pianist has already demonstrated her fascinating abilities as a soloist, chamber musician and with an orchestra many times over in Europe and Asia. With her extraordinary stage presence, expressiveness and poetry, she gave her audience unforgettable concerts, among others in Ongakudo Concert Hall, Bunka Hall Kanazawa, Qintai Concert Hall Wuhan and Shanghai Oriental Art Center.

For over 20 years she is successfully teaching at master classes, symposia, festivals and music camps in Europe and Asia (Japan, South Korea and China). It also has a successful jury activity on a national and international level.

Since 2008 she has been teaching piano and chamber music at the State University of Music in Trossingen-Germany. She has developed her own style, which is brilliantly captivating and unusually clear and determined to lead students to top performance.

Numerous pianists, winners of national and international competitions and piano professors have emerged from your class. In order to be able to pass on her ideas and the meta-music system developed from them as best as possible, she founded and leads an international institute since 2006 – the European College of Music.
In this context, she teaches students also in pre-study (pre-college) and post-graduate courses as well as contact studies (including further training for teachers).
She is a member of the International Piano Society.