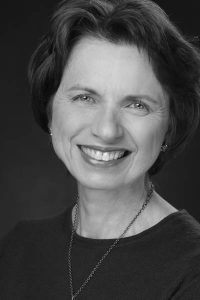 Noelle Turner has been a Professor of Voice in the Department of Musical Theater at the Folkwang University of Arts in Essen, Germany since 1992. She also teaches the seminars in Vocal Pedagogy.

Noelle Turner received her B.M. in Voice Performance under the instruction of Prof. Richard Miller at Oberlin Conservatory in Oberlin, Ohio and her M.M. in Voice Performance under Prof. Eileen Farrell at Indiana University School of Music in Bloomington, Indiana, USA. For several years she worked regularly with Cornelius Reid (New York City) and Carol Forte (Toronto). Courses in London with Paul Farrington and Anne-Marie Speed in EVTS (Estill Voice Training Systems) supplemented her pedagogical training

After additional studies at the Hochschule für Musik in Cologne, Germany and a career as opera and concert singer, Noelle Turner dedicated herself increasingly to the vocal training of Musical Theater performers. She accompanied the development of the Musical Theater scene in Germany since its inception in the mid 80’s.

She has lectured and conducted Master Classes on vocal technique in Germany, Austria, the Netherlands, Switzerland, the Czech Republic, Israel and the United States and ejudicates in National and International Singing Competitions. Her particular subject in seminars and Master Classes is “Bel Canto as a genre-neutral singing technique.”

Noelle Turner has taught at the Musical-Studio-München, at the Hochschule für Musik und Theater in Hamburg and has been the Vocal Coach for numerous national productions in Germany, such as “Cats”(Hamburg), “The Phantom of the Opera”(Hamburg), “Starlight Express”(Bochum), “Joseph and the Amazing Technicolor Dreamcoat”(Essen), “Miami Nights”(Düsseldorf) and “We will rock you” (Köln).

Noelle Turner is a member of NATS (National Association of Teachers of Singing, USA), and the BDG. (Bundesverband Deutscher Gesangspädagogen, Germany).