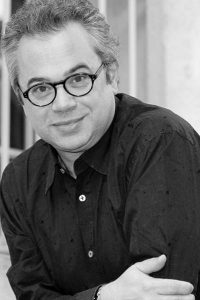 Nicolas Domingues pursued his higher studies in lyrical singing at the Conservatoire National Supérieur de Musique de Lyon and obtained the National Diploma of superior musical studies (Master of interpretation) in lyrical singing in the class of Margreet Honig. He explored 19th century vocal music with Rachel Yachar, Glenn Chambers and Gary Macby but specialized in the interpretation of Baroque and contemporary repertoires, notably with René Jacobs, Gérard Lesne and Jill Feldman, and began a career of international renown.

He was hired by the Lisbon National Opera for various roles recorded on the disc for EMI and the Portugaler label, also by the Portuguese Royal Chapel, the Segreis ensemble and the Gulbenkian Foundation. In Spain, he gives recitals of eighteenth-century Spanish music with the ensemble La Folia, notably at the Museum of Fine Arts.

His knowledge of the repertoire of sacred music led him to sing the French conduits of the 13th century as well as the greatest sacred works of the Italian and German Baroque repertoire (Passions by J. S. Bach or Messiah of Handel) or the major works of the 20th century (Messe de Loussier, works by Berio, Ligeti, Fedele, Mache, Mâche, Azurza).

He successfully teaches various active artists, former students of the CNSMD and Ateliers Lyriques, winners of ARPO Lyric Prizes, SACEM Awards and international competitions. Among her students is the French mezzo-soprane Marianne Crebassa, lyric artist of the year 2017, winner of the Victoires de la Musique awards.