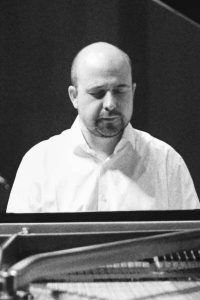 German pianist Moritz Winkelmann has been praised by audiences and critics alike for his enormous range of expression and pianistic facility. A prize winner of the Beethoven Competition Bonn and performing internationally, Mr. Winkelmann’s playing has been described as „original, passionate and technically dazzling“ (Hildesheimer Allgemeine Zeitung), „full of soul“ (Stuttgarter Zeitung), and “powerful, capable of the most profound sincerity” (Kölner Stadtanzeiger).

Most recently, Moritz Winkelmann appeared in Tchaikovsky’s piano concerto no. 1 with the TfN Philharmonic and in the second piano concerto by Frédéric Chopin with the Kurpfalz Chamber Orchestra.

Having established a reputation for his Beethoven interpretations, Moritz Winkelmann will dedicate a number of concert programs to Ludwig van Beethoven’s 250th anniversary in 2020, including all 5 piano concertos in various cities around the globe, as well as recitals featuring the infamous Hammerklavier sonata op. 106.

In 2010, Moritz Winkelmann made his Carnegie Hall debut in New York and has since been reinvited regularly. He has undertaken tours of Europe, the United States, China and Japan and appeared at the prestigious Rheingau, Schwetzingen, Schleswig-Holstein and Ravinia festivals. Mr. Winkelmann has also performed at Music@Menlo in California, Rockenhausen Festival for New Music, and Fejøs Festival in Denmark. He has shared the stage with Itzhak Perlman, Wolfram Christ, Stefan Blunier and Helmut Lachenmann.

His media appearances include broadcasts on WFMT Chicago, WBJC Baltimore, SWR and WDR in Germany as well as DR2 Copenhagen. Additionally, a documentary featuring Mr. Winkelmann was produced and broadcast by German National Television ZDFneo.

Moritz Winkelmann began his piano studies under the tutelage of his grandfather Gerhard Wilhelm. He earned his undergraduate degree with Prof. Michael Hauber at the University of Music and Performing Arts in Mannheim. With the support of DAAD, the Baden-Württemberg Foundation of Arts, and the German National Academic Foundation, Moritz Winkelmann continued his studies with the legendary Leon Fleisher at the Peabody Conservatory of Music in Baltimore. Ferenc Rados and Marisa Somma have also provided meaningful artistic advice to Mr. Winkelmann.

Mr. Winkelmann is a faculty member at the University of Music and Performing Arts in Stuttgart and at the Konservatorium Bern. In addition to that, he gives masterclasses internationally. Since 2019, he serves as Artistic Director of Klassik im Klösterle Weil der Stadt.