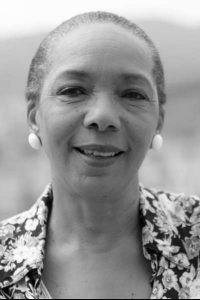 Kelly was Professor of voice at the Musikhochschule Köln from 1986 to 2014. she gave vocal work-shops at Musikhochschule in Hannover, Würtzburg, Trossingen and Köln. She gives master classes in Europe and Korea. Several of her students have been awarded at international competitions and are members of leading opera companies in Europe.

She has been a guest professorship at the Musikhochschule in Frankfurt am Main in Germany since September 2020.