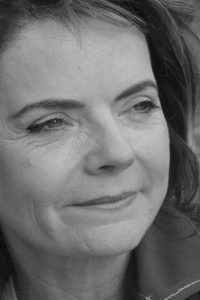 The Swiss viola singer Jeanne Roth grew up in Bern. She studied singing at the Wiesbaden Conservatory and at the Salzburg Mozarteum, where she became a member of the Hofheimer Ensemble and the Salzburg Chamber Opera. She develops her interpretive style as well as her musical personality not only through various master classes, but also through her many engagements in opera and many concerts.

His interpretation of Cherub in THE NOCES FIGARO by Mozart is a great success.
Because of her peculiarity, Jeanne Roth is considered as the ideal distribution for this role. She also demonstrates her dramatic abilities, notably in the role of Carmen, and by expanding her repertoire by multiplying her roles as viola and mezzo.

In the presence of the composer, she reissued her success in the role of Christine in Sutermeister’s DIE SCHWARZER SPINNE, thanks to which she is engaged many times in various theaters.

Jeanne Roth has appeared as a soloist in various festivals, such as the Yehudi Menuhin Festival in Gstaad, the Richard-Strauss-Tage in Garmisch Patenkirchen and the Hermann Prey Festival in Bad Urach.

Radio and television recordings as well as various CD productions in Switzerland, Italy, Germany and Austria are witnessing this.

She participated in the world premiere of A. der Flüger’s opera “Der schwarze Mozart” and “Mord in St. Johann” and sang in the first staging of the chamber opera “Die hellen Nächte” Daniel Glaus. She was also heard in works by Aribert Reimann and participated in the first performance of “Türme des Vergessens” by Johannes Kalizke at the last Festival for New Music in Essen.

In parallel with her activity as a singer, Jeanne Roth has been teaching singing since 2008 at the University of Music of Geneva. She also regularly gives master classes.