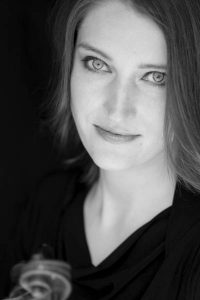 Laureate e.g. of the L. Spohr Competition, Henja Semmler has performed in Europe, the USA and Asia with the Oberon Trio, which she co-founded in 2006, or with chamber music partners including Kolja Blacher, Tabea Zimmermann, Natalia Gutman, Jens-Peter Maintz, Jörg Widmann and Ian Bostridge.

She soloed with orchestras such as the Staatskapelle Weimar and the Davos Festival Orchestra. A founding member of both the Mahler Chamber Orchestra and the Lucerne Festival Orchestra and a sought-after concertmaster, she worked with conductors like Claudio Abbado, Bernard Haitink, Pierre Boulez, Daniel Harding, and Andris Nelsons.

Henja Semmler is Professor of violin at the Music and Arts University of the City of Vienna since 2018.