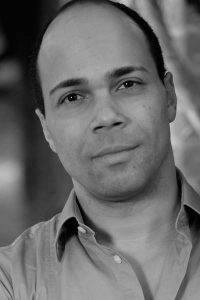 Recently hailed by the Austrian press as a “versatile baritone” possessing “an upper range that is remarkably flexible and elegant”, Daniel Ochoa has already reaped quite a number of successes. Thus, in 2017/18, he sang his début at the Tonhalle in Düsseldorf, in the Herkulessaal in Munich, at the Musikverein in Vienna, and at Salzburg Festival Hall; he covered the roles of Barber of Seville and Count Almaviva at the Vienna Volksoper, and gave guest performances with Anima Eterna in Bruges and Frankfurt. He is also much in demand for CD productions. In late 2017, he released his own version of Schubert’s Winterreise on the Coviello Classics label, and participated in Christoph Spering’s complete recording of the Bach Chorale Cantatas, which was awarded the coveted ECHO Klassik Prize. Concerts in South Africa and in Moscow are foreseen for the 2018/19 season, as well as appearances at Hamburg State Opera.

As a native of Leipzig, Daniel Ochoa feels a special affinity with the music of Johann Sebastian Bach. Performances of Bach cantatas and passions have led him to appear on a regular basis with the Leipzig St. Thomas Choir, the Gewandhaus Choir, the Dresden Kreuzchor, and a great number of first-rate ensembles and conductors who are particularly fluent in the music of the St. Thomas Cantor and his era – such as Hansjörg Albrecht, Reinhard Goebel, Ludwig Güttler, Matthew Halls, Helmuth Rilling, and Andreas Spering.

From 2012 to 2017, Daniel Ochoa was a member of the permanent ensemble of soloists at Vienna Volksoper, where he covered important roles for his Fach (voice type), including Barbiere, Don Giovanni, Marcello, Dr. Falke, Count Almaviva, the Count in Lortzing’s Wildschütz, and the baritone part in Carmina Burana. During those years at the Volksoper he sang under the stage direction of Brigitte Fassbaender, Achim Freyer, Marco Arturo Marelli, and Rolando Villazón,among others. Further guest engagements led him to perform at Hamburg State Opera, Dresden Semperoper, the theatres in Lucerne, Bonn, Gera/Altenburg and Flensburg, and the Goethe Theatre in Bad Lauchstädt.

As a child, Daniel Ochoa was a member of the Gewandhaus children’s and youth choir. He received his professional vocal training from professors Anthony Baldwin (Rostock Academy of Music), Hans-Joachim Beyer (Leipzig Academy of Music), Thomas Quasthoff (Berlin Academy of Music), and Dietrich Fischer-Dieskau (Berlin University of the Arts).

Daniel Ochoa imparts masterclasses since the summer of 2018, honoring invitations from the Vocal Academy of Lower Austria.