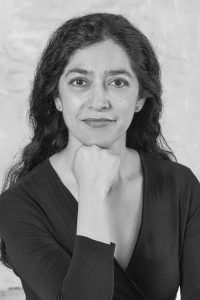 Born in Mexico City in 1976, Claudia Corona began to play the piano at an early age with her mother. She made her debut as a soloist of the Xalapa Symphony Orchestra with Haydn’s D-Major Concerto at the age of eight. After graduating as a pianist from the Music Department at the Universidad Veracruzana in Xalapa, Mexico, she obtained her MA in Piano Performance at the University of Music in Freiburg (Germany) in 1996.
Her main teachers include Alejandro Corona, Néstor Castañeda, Edith Picht-Axenfeld, Robert Levin, Michel Béroff and Pascal Rogé.

As a soloist Claudia Corona has performed with the major orchestras of Mexico, working with conductors such as Luis Herrera de la Fuente, Enrique Diemecke, John Giordano, Jorge Mester, Francisco Savín, Alfred Savia, Fabio Mechetti, Ronald Zollman, Lanfranco Marcelletti, José Guadalupe Flores, Héctor Guzmán, Sylvain Gasançon, Roberto Beltrán, etc.
In Germany she has played under the baton of Manfred Neuman, Graziella Contratto and Jochem Hochstenbach. Besides her international activity as a solo performer she has produced various recordings for radio and television.
In 2000 she played with Pascal Rogé the Concerto for Two Pianos and Orchestra by Francis Poulenc in different performances. These concerts where highly acclaimed by the Mexican press and audience.

Since 1994 she resides in Germany. Claudia Corona has taught piano privately and in masterclasses at Emory University, Atlanta, Baylor University, Texas (U.S.A), at Universidad Veracruzana, Xalapa (Mexico) and at Cenart, Mexiko-City.
At present she teaches at the University of Music in Freiburg and at private school Birklehof in Hinterzarten (Germany).

Claudia Corona won several awards and competitions in Mexico and in the U.S. She obtained grants from: DAAD (German Academic Exchange Program), FONCA (Fondo Nacional para la Cultura y las Artes, Mexico), U.S.-Mexico Fund for Culture among others. Her repertoire includes a large range of classical European and Latin American music, with special emphasis on Mexican classical music.
One of her biggest interests as an interpreter is to perform valuable works from composers who have yet to be properly acknowledged. Claudia Corona has performed the following premieres: Concierto para Piano y Grande Orquesta – re-enactment of the 1935 version – by José Rolón (Mexico, October 2014); Xibalbá for three orchestral modules and piano by Alejandro Corona (Mexico, 2013); piano works by José Rolón (Germany, 2011); pieces by Eduardo Gamboa for piano / piano and voice (France, 2010); the Triple Concerto by Samuel Zyman (Mexico, 2006); the Trio Imagined Ritual-Kukulkan by David Dzubay (U.S., 2003), among others.

Mexican composers such as Mario Ruíz Armengol, Armando Lavalle, Raúl Ladrón de Guevara and Alejandro Corona wrote some of their works for her.
She has released three CDs: Música Latinoamericana (Quindecim Recordings and Naxos) which features 20th century Latin American piano works; Mexican Piano Concertos (TYXart, TYX13024) including the piano concertos by Mexican composers Samuel Zyman and José Rolón (in the version of 1935, revised by Claudia Corona), recorded with the Nuremberg Symphony under the baton of Gregor Bühl; recently she released her new double CD Hommage to José Rolón: Piano Works & Piano Quartet (TYXart, TXA18120) featuring music of her fellow countryman, being these recordings highly praised by the international press.