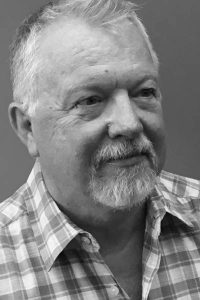 Brian Parsons began his musical training at the Holland County Music School, Boston, Lincolnshire, UK.
​
He is a Graduate of the Royal College of Music and the RCM Opera School, London, where he studied with Bernard Roberts and Maria Donska (piano) and Frederick Sharp and Lyndon van der Pump (singing). He has also studied privately and in Masterclasses with Eric Vietheer, Eugenie Triguez, Geoffrey Parsons, Gerhardt Husch, Nadia Boulanger, Pierre Bernac, David Pollard and Sir Peter Pears.
​
He was a Finalist in the Richard Tauber Competition, the Royal Overseas League Competition and the National Federation of Music Societies Award for Male Singers.

Brian Parsons has sung in recital and concerts in festivals both at home and abroad including the Spitalfields, Norwich, Camden, Cuenca, Maggio Musicale and Athens Festivals with conductors including Jean-Claude Malgoire, Christoph Rousset, David Roblou, William Christie and Frantisek Vajnar.

Brian Parsons has broadcast for the BBC and French Radio and Television and featured as soloist in many recordings including the cantatas of Bernier and Martinu as well as contemporary works by Berio, Henze and Holliger. Brian is currently a member of the chamber music ensemble Insieme.

Equally at home on the operatic stage, Brian has sung for the Royal Opera House Covent Garden, English National Opera, Glyndebourne Festival Opera, Wexford Festival Opera, Aix en Provence Festival Opera and Opera 80 (now English Touring Opera) and more recently Venetian Opera and Bampton Classical Opera.
Brian is an active member of the Association of English Singers and Speakers and a Fellow of the Incorporated Society of Musicians.
​
Brian Parsons teaches at an international level and has taught on Summer Schools for the Berkshire Choral Union, USA; AIMS and Summer Music, UK; Séminaire Estival de Musique en Wallonie, Belgium; and Cratoule, France.
He has also taught at the Blackheath Conservatoire, The London City Literary Institute and the City London University.
Brian has given Masterclasses for Floral Opera, London; the Cergy Pontoise, Angers, and Grenoble Conservatoires, France. From 1998/2017 he was Professeur de Chant at the Conservatoire National Supérieur de Musique et Danse, Lyon and also Professor of Singing at the Guildhall School of Music and Drama, London from 2000.

Brian is currently a member of the VoxIntegra team, for whom he has taught in Kleebach, France, and Feltre, Italy. He is also Director of WorkshopWeekend @ Winfrith, residency training for singers in Dorset, United Kingdom of which he is the founder.