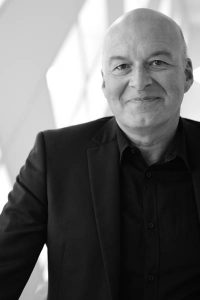 Andreas Schmidt was born 1960 in Düsseldorf, Germany, where he began his studies with piano, organ and conducting before changing to singing. His teachers were Ingeborg Reichelt
in Düsseldorf and Dietrich Fischer-Dieskau in Berlin.

After he had won the „Deutscher Musikwettbewerb” in 1983, he immediately started his operatic career at the Deutsche Oper Berlin. Since then he has sung numerous roles in
Berlin, in the Deutsche Oper as well as in the Staatsoper, for example
Guglielmo (Cosi fan tutte), Almaviva (Le nozze di Figaro), Don Giovanni, Wolfram (Tannhäuser), Valentin (Faust), Posa (Don Carlo), Amonasro (Aida), Marcello (Boheme), Beckmesser (Meistersinger), Amfortas (Parsifal), Faninal (Rosenkavalier), Gunther (Götterdämmerung), Kurwenal (Tristan und Isolde) and many others. He also appeared in world premiere performances by Henze, Rihm and Ruzicka.

Beside his work as opera and concertsinger, he is as well known in the field of the german
“Lied”. Since a number of years he works mainly with the Pianist Rudolf Jansen, but he has
always sung with other partners like Vladimir Ashkenazy, Elena Bashkirova, Daniel Barenboim, Jörg Demus, Helmut Deutsch, Hartmut Höll, Burkhard Kehring, Geoffrey Parsons and Roger Vignoles.

Numerous recordings for radio and TV show the broadth of his repertoire from Bach
to Rihm as well as more than 130 CD productions for labels like DGG, BMG, Philips,
Decca, Teldec, Sony, EMI, CPO, Hänssler and others, many of them were awarded
national and international prices.

Andreas Schmidt is a regular guest in festivals like Salzburg, Glyndebourne, Edinburgh, Aix-en-Provence, the Berliner Festwochen, the Wiener Festwochen and the Bayreuther Festspiele,
where he sang “Amfortas” in five consecutive years as well as “Beckmesser” for seven years.

Andreas Schmidt is a member of the Freie Akademie der Künste Hamburg and a honorary member of the Richard-Wagner-Verband Düsseldorf. In 1997 the senate of the City of Hamburg appointed him “Kammersänger”. Since 2008 he was teaching as a Professor at the
Hochschule für Musik Carl Maria von Weber Dresden, in 2010 he changed to the University of Music and Performing Arts, München.