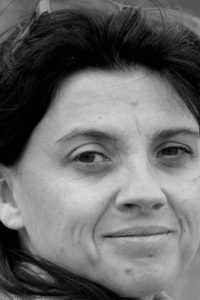 At the same time, she is also admitted at Paris CNSMD – Conservatoire National Supérieur de Musique – in harmony, counterpoint and chamber music in Christian Ivaldi and Jean-Claude Pennetier classes.

Her career growed with the Orchestra ( Paris National Orchestra) and Chamber music (Kandinsky Quarett – with piano) and turned most to chamber music (contemporary repertory) and teaching.

Marie-Violaine Cadoret is invited to perform with “Ensemble intercontemporain” under P.Boulez and P. Eötvös direction, in “Ensemble Accroche Note” (dir. A. Angster) during ten years, in “Ars Nova” (dir. P. Nahon), in 2E2M (dir. P. Méfano). She also recorded some CDs with these formations.

She is invited to play chamber music with various groups and she loves exploring also various musics like touareg, jazz or folklore…

She is a professor at Nantes CRR – Conservatoire à rayonnement régional, professor at the PESSV de Rennes (Music University) and she teaches at Bretagne-Pays de la Loire Cefedem.