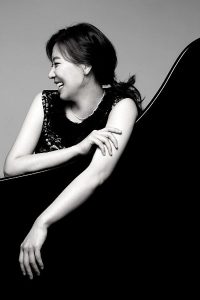 She received her Bachelor of Music, Master of Music and Graduate Diploma from the New England Conservatory, and her DMA from Boston University where she studied with Russell Sherman, Wha Kyung Byun, and Boaz Sharon.