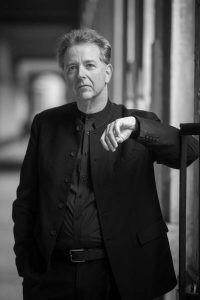 Johan Schmidt is one of the personalities of the Belgian musical life. He has acquired a remarkable reputation due to his virtuosity as by his sensitivity.
Student of Master Eduardo del Pueyo, he then perfected with Master Karl-Heinz Kämmerling in Hanover.

Several recording projects are underway, during his tour in China in 2018, a CD dedicated to Schumann and Lizst will be released in China.
2018 will also see the appearance of the full-length four-handed Poulenc with pianist Jun Kano for the Azur Classics label.

Johan Schmidt has been awarded the Leonardo da Vinci Prize, crowning a young European and presented by the Rotary Club.

Johan Schmidt is also a professor at the Royal Conservatory of Brussels, Quingdao University (China) and Senzoku University (Tokyo).
He regularly gives masterclasses around the world.