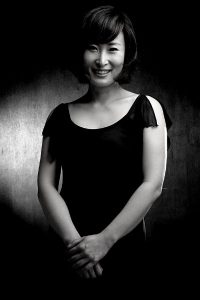 As a child she played recitals on stage and she was soon acclaimed by the public and the critics.

Kim Heeguin won the First Prize in the National Music Competition of Busan, since that time she has concertized throughout the world.

She also went to Seoul National University where she undergraduated with degrees before studying in United States where she obtained succesfully the Master’s and Doctor of Musical Arts Degrees earned with Richard Cass, a student of Nadia Boulanger.

Kim Heeguin is piano professor at Seokyeong University in Seoul since 2000.