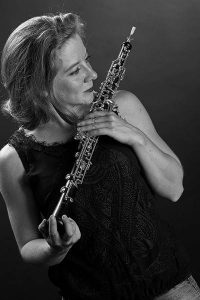 In 2008, she also benefited from the teaching of Thomas Indermühle during an exchange program at the Hochschule für Musik of Karlsruhe. As a member of the Gustav Mahler Jugend Orchester in 2009, she has deeply gained orchestral experiences under the baton of Ingo Metzmacher and Jonathan Nott.

A year later, she has been appointed as Principal English Horn at the Orchestre National du Capitole de Toulouse, by its own musical director, Tugan Sokhiev.

Gabrielle Zaneboni is the professor at the Superior Conservatory  – ISDAT in Toulouse, preparing orchestra auditions for the young generation.

Gabrielle Zaneboni is an artist of the French famous oboe brand, Rigoutat.