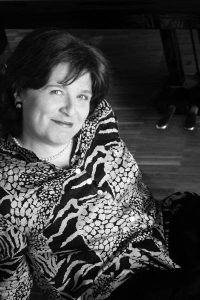 Originally from Riga (Latvia), Top prize-winner at the Schumann and Chopin International Piano Competitions, Dina Yoffe started her musical education at the distinguished Emil Darzin’s Special School of Music in her home town and continued at the Central Music School in Moscow. Graduated from the Tchaikovsky Conservatory of Music in Moscow under the tutelage of Professor Vera Gornostaeva, one of the most important proponents of the legendary Heinrich Neuhaus school.

The concert activities of Dina Yoffe are well known throughout many countries in Europe and also in ex-USSR, Israel, Japan, USA and Canada. Among the high points of her international career, she plays concerts with outstanding orchestras, such as the Israel Philharmonic under Zubin Mehta, NHK under Neville Marriner, the Moscow Philharmonic under Valery Gergiev and Dmitri Kitayenko, Tokyo Metropolitan Orchestra under James De Priest, Orchestra “Kremerata Baltica” under Gidon Kremer, “Moscow Soloist” under Yuri Bashmet, Orchestra Sinfonia Varsovia under Jacek Kaspszyk.
She also gives recitals in famous events, such as Festival “Chopin and his Europe“ in Warsaw, Chopin Festival in Duszniki, Music Festival in Bayreuth, Germany, Elba Music Festival (Italy), Summit Music Festival (USA), as well as concerts in the Barbican Centre in London, Suntory Hall in Tokyo, ”Serate Musicale” Sala Verdi in Milano, Musikverein and Konzerthaus in Vienna, Great Hall of Moscow Conservatory, Salle Playel in Paris… She also gave a concert at the Royal Palace in the Hague for her Majesty Queen Beatrix.

Together with her wide solo and orchestral career, Dina Yoffe is also an active participant in Chamber Music Festivals, where she played with many internationally renowned musicians, such as G.Kremer, Y. Bashmet,V.Tretiakov, V.Repin, M.Vaiman, M.Brunello and others.
Dina Yoffe gave piano recitals with all F.Chopin works in Tokyo, Osaka, and Yokohama. The concerts series was filmed and broadcasted by Japanese National Television NHK.

Dina Yoffe is giving numerous Master Classes in Europe,USA, Japan,such as Piano Texas Academy, Mozarteum Summer Academy in Salzburg, the Royal Academy of Music and the Royal College of Music in London, among many others.

She has been teaching as professor at the Rubin Academy of Music in Tel-Aviv University (Israel), Aichi University of Arts (Japan), Musikhochschule in Hamburg, Music Academy in Krakow (Poland).

She is Jury member of international piano competitions such as Cleveland (USA), Hamamatsu (Japan), Chopin (Warsaw), Arthur Rubinstein (Tel-Aviv), Maria Canals (Barcelona) and Liszt (Weimar) among others.
Her students are winners of national and international piano competitions. Many of them are teaching in Music Academy’s in USA, Japan, and Europe.