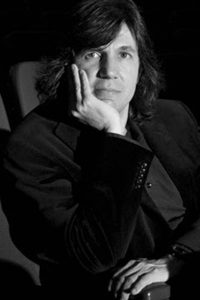 In 2013, Ricardo Castro became the first Brazilian to receive the Honorary Membership from the Royal Philharmonic Society. The nomination put him alongside illustrious personalities in the history of Western music.

Born in Vitória da Conquista in 1964, his first contact with the piano was at the age of 3 when, by listening to his older sister’s piano classes with their aunt, he began to play the instrument. Drawing the attention of Esther Cardoso, a Marguerite Long fellow, for his ability to play by ear combined with the skill to address and understand what he was shown, despite his youth, he was exceptionally accepted to join the School of Music and Performing Arts of the Federal University of Bahia at only 5 years of age. Then, at the age of 10, he performed Haydn’s Piano Concerto in D Major with the Symphonic Orchestra of the Federal University of Bahia. Further on, when he was 16, he won the Young Soloists competition and performed with the São Paulo State Symphonic Orchestra.

In 1984 he began his studies in Europe, joining the Superior Conservatory of Music in Geneva in the virtuosity class of Maria Tipo, where he remained for three years while also attending the conducting class of Arpad Gerecz for two years.

He won first prizes both at Zurich’s Rahn Contest, in 1985, and Bern’s Pembaur Contest, in 1986, before graduating from the Geneva Conservatory in 1987 with the “Premier Prix de Virtuosité avec Distinction et Félicitations Du Jury”. That same year, he was the ex-aequo winner of the ARD International Competition in Munich, which kickstarted his international career. He completed his piano studies in Paris with Dominique Merlet.

In 1993, Castro received the first prize at the prestigious Leeds International Piano Competition in England, becoming the first Latin American to win the competition since its foundation in 1963.

Throughout his career, he has played or conducted in some of the most important concert halls in the world alongside great and renowned orchestras. Also, he claims that encounters and collaboration with Friedrich Gulda, Alicia de La Rocha, Martha Argerich and Maria João Pires were decisive for the construction of his musical aesthetics.

In 2003, he started a collaboration with the pianist Maria João Pires, performing a series of recitals throughout Europe. In 2005 a CD of the duo, entitled Résonance de l’Originaire, was released by the Deutsche Grammophon label, with solo and four-hands works by Franz Schubert. He recorded several other CDs for the label BMG-Arte Nova, all of which were acclaimed by specialized critics.

Ricardo Castro has been teaching since 1992 at the Haute École de Musique de Lausanne in Switzerland. In 2018 he also started the “Corsi di Perfezionamento” at the Scuola di Musica di Fiesole, a prestigious school where great names such as Mario Tipo and Carlo Maria Giulini once taught. From Septembre 2020 on he’s engaged as piano teacher at the prestigious Haute École de Musique de Genève.

In 2007, invited by the Government of the State of Bahia, Castro created NEOJIBA (State Centers for Youth and Children Orchestras of Bahia), a project inspired by El Sistema from Venezuela. A pioneering program in Brazil that has benefited more than 10.000 children, adolescents and young people in Bahia. General director of NEOJIBA, Ricardo Castro is also principal conductor and artistic director of the Youth Orchestra of Bahia, the first Brazilian youth orchestra to perform in Europe.