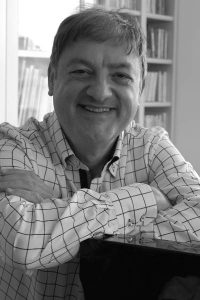 As a soloist, he has collaborated with various orchestras and instrumentalists such as clarinet player Joan Enric Lluna, flutist Jaime Martín and cellist Asier Polo. He founded the Gerhard Trio with whom he made several recordings of works by Granados, Gerhard and Montsalvatge.

He has created more than seventy works by Spanish composers – in particular, the Quartet with piano by Xavier Montsalvatge and Aulaga I by Juan Hidalgo-, and he has recorded a large number of these works.

He is currently a piano teacher at the Alicante Conservatory of Music and a Doctor of Music at the Universidad Politécnica de Valencia.