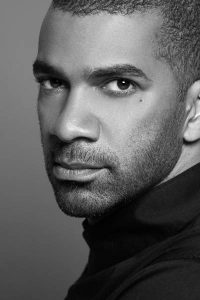 Singular pianist Wilhem Latchoumia: he serves contemporary creation and the great repertoire with as much happiness and charisma Designing programs that go off the beaten track is the signature of the French musician, who makes an impression with his ability to establish from the outset a jubilant connivance with the public.

In France, Wilhem Latchoumia performs regularly in Paris (Auditorium of Radio France, Théâtre des Bouffes du Nord, Opéra Comique, Cité de la Musique, Auditorium of the Musée d’Orsay), at the Théâtre d’Orléans, but also at the Capitole in Toulouse, as well as at the Royaumont Foundation He is the guest of international festivals such as the Printemps des Arts de Monte Carlo, Piano aux Jacobins in Toulouse, La Roque d’Anthéron, Strasbourg International Musica Festival, Format Raisins et Messiaen au pays de la Meije, Lille Piano ( s) Festival…
Abroad, the public could hear him at the Barbican Center in London, at the Philharmonic Hall of Liège, at BOZAR Brussels and at the Concertgebouw in Bruges, but also in the USA, in China… Wilhem Latchoumia also performs in soloist with the Paris Philharmonic Orchestra of Radio France, the Lille National Orchestra, the Lyon National Orchestra, the Philharmonic Orchestras of Liège and Seoul, as well as with the orchestra of the Teatro Colón, the Tokyo Sinfonietta ….

Wilhem Latchoumia’s taste for contemporary creation earned him the favors of composers such as P. Boulez, G. Amy, G. Pesson, P. Hersant, J. Harvey, P. Jodlowski, K. Naegelen, F. Filidei, F . Bedrossian…
He is the instigator and interpreter of creations in reference to Daughters of the lonesome Isle by J. Cage. He also enjoys taking part in choreographic projects [Rosas (Achterland), the company of A.T. by Keersmaeker].

The CD “Extase Maxima” (2014) inaugurates its collaboration with the label La Dolce Volta dedicated to Wagner and his transcriptionists. Rewarded by a “Choc” of “Classica” french magazine and a Maestro of “Pianist”, it followed two opus particularly acclaimed by the critics: “Piano & electronic sounds” (Sisyphus), rewarded by a “Choc” of the “Monde la Musique” french magazine, and “Impressoes” (Sony BMG / RCA), dedicated to Villa-Lobos, to which were awarded a “Choc” of the “Monde la Musique”, a “Diapason d’or” and the title of “best recording” by the magazine “Audio Clásica”.
He released in 2016 a portrait of the composer Manuel de Falla (La Dolce Volta,) received 5 Diapasons, a Maestro from Pianist magazine, as well as the FFFF from Télérama. He has just released Prokofiev’s Cendrillon, still with Dolce Volta, which was acclaimed by the critics receiving 5 from Diapason, Coup de Cœur from the Pianist review, Choc from Classica as well as FFFF for Télérama.

Wilhem Latchoumia followed his musical studies at the CNSMD in Lyon, he was subsequently a student of Claude Helffer, he also followed the masterclasses of Yvonne Loriod-Messiaen, Pierre-Laurent Aimard & G. Kurtág. Laureate of the Hewlett-Packard Foundation and of the International Competition, Montsalvatge, he brilliantly won 1st prize at the 2006 Orleans International Piano Competition.
He is piano and chamber music professor at the Hochschule der Künste Bern in Switzerland and the Haute École des Arts in Strasbourg.